From time to time I do.

I also know of someone who actually did. Elijah. He was in such a state of desperation and was so fearful that he fled into a cave. One minute he was on top of his world; the next, he was being hunted and on the verge of losing everything, including his own life.

It is unclear that Elijah foreknew his hiding place would be the site of his own Bethel. Be that as it may, instead of being where he would succumb to his despair, the cave was the meeting ground for a divine encounter and where his life was saved and restored. Elijah may not have had a well-thought-out plan but The One whose master plan supersedes all plans, showed up and deployed both familiar and supernatural resources to care for Elijah’s body, spirit and soul.

God met Elijah and didn’t beat around the bush — he went straight to the matter. “Elijah what are you doing here?”, He began. He didn’t judge Elijah for being in the cave, instead, he helped him awaken to his truth, to process and release his worries to God. Fortunately, the prophet didn’t sugarcoat his emotional turmoil and disappointments. He opened up and told God exactly how it was — unlocking the door for his own healing and restoration.

What followed were moments of physical rest and nourishment.  Elijah slept and was supernaturally fed until he regained his strength. The journey went on for a while but all along, God kept on speaking with Elijah, guiding him through his own soul assessment and renewal. At the end, Elijah symbolically stood at the entrance of the cave and there was re-commissioned to his calling and purpose.

God’s blueprint for total well-being works — acknowledge where you are, face your truth, tend to your whole self [body, mind and spirit], all-the-while abiding in Him. We must choose to remain centered, to make soul care and sabbatical rest a way of life or fear having to run into a cave. For, as Dallas Willard said, “If you don’t come apart for a while, you will come apart after a while.”

Thankfully, the issues of your life and your well-being are not lost on God. Whether you regularly make space for Him or occasionally find yourself longing for a hiding place, in His grace, He will surely meet you where you are. He will walk you through it and as He did with Elijah, he will restore your soul.

There is nothing wrong with wanting to hide for a little while. You don’t even need to have a perfect plan. You simply need to accept the invitation and make space for God.

In His grace,
Christine

We are excited to announce that during this Fall retreat, we will be introducing and creating space for communal worship. We are equally thrilled that Katie Nelson Troyer, a worship leader with a passion for God’s heart, a teacher and talented musician will be ushering us into that sacred space Friday evening.

Wisconsin-born songbird Katie Nelson made the road her home for eight years. She toured the country performing music from her albums Alabaster Worship (2003), Do You Know Who He Is? (2005), and Speak To Me (2007). After a long battle with health complications and consequent songwriting dry spell, Katie is happy to be healthy and has returned this winter with a new album entitled Lavender & Lace: An Anthology of Queens. In addition to writing and performing original music, Katie spends much of her time leading worship for local churches and mentoring other musicians. She and her husband Scott Troyer, live in Greenwich where they enjoy creating music, cooking together, and gardening.

Christine A. Dorvil is Founder and Director of Sabătica. She is a retreat leader and holds a certificate in Spiritual Transformation from the Transforming Center in Chicago where she studied for two years and was mentored by Ruth Haley Barton. Christine is passionate about spiritual formation, restoration and soul care. She holds an MBA in Finance and is pursuing a Masters of Divinity in Theology and Hebrew. She is a Fellow of the New York City Leadership Center and serves as Executive Director for the Alliance for Thriving Communities.

“Most of us are more tired than we know at the soul level. We are teetering on the brink of dangerous exhaustion, and we cannot do anything else until we have gotten some rest...we can't really engage [any spiritual disciplines] until solitude becomes a place of rest for us rather than another place for human striving and hard work.” ― Ruth Haley Barton

Latest on the Blog 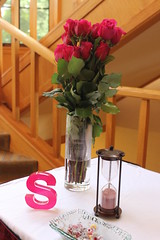 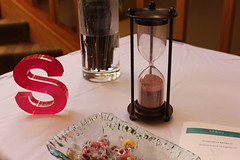 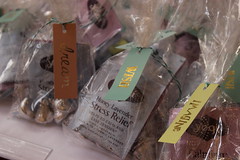 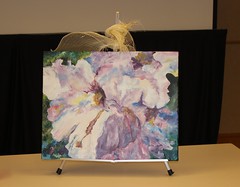